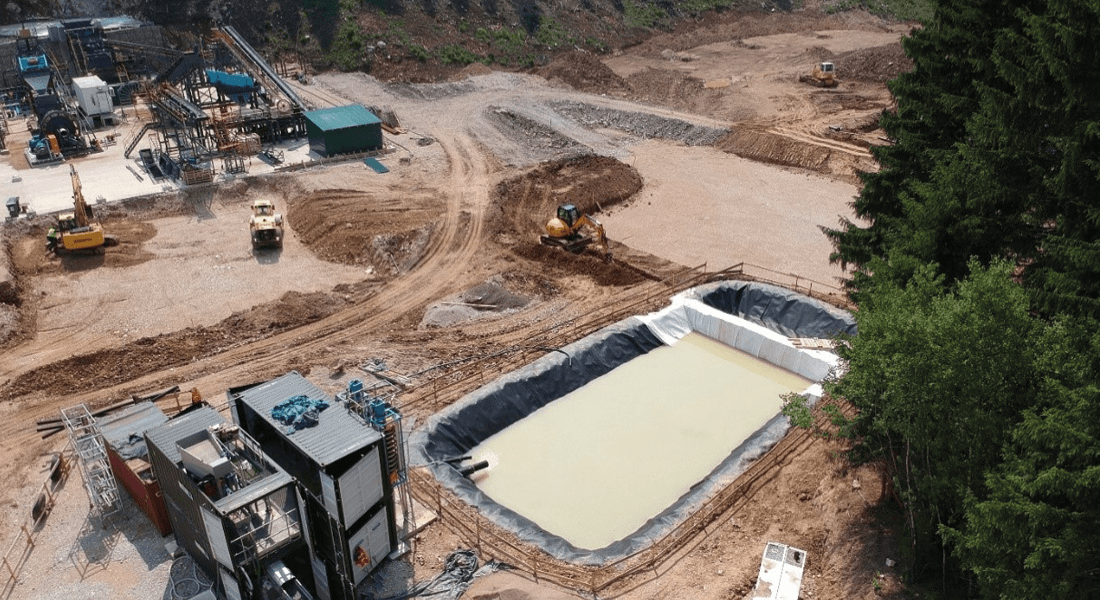 In the framework of the Horizon 2020 IMPaCT project, a team of engineers from BRGM and Imperial College went to the Olovo mine (Bosnia and Herzegovina) in July 2019 to operate a containerized ore processing plant at pilot scale deployed by the University of Exeter and Extracthive. The IMPaCT project proposes a solution that develops a new switch on-switch off (SOSO) mining paradigm to improve the viability of many critical metals and other small complex deposits, particularly in Europe.

At present, the mining company Mineco Ltd. through its subsidiary Geomet in Bosnia-Herzegovina is in the process of exploiting the lead mine of Olovo again, after restarting a rigorous exploration and re-development of the infrastructure that had been devastated by the war in the 1990s. As partner of the IMPaCT project, Mineco Ltd. proposed the Olovo mine site as a case study helping with logistics and providing support from deployment until de-commissioning of the containerized pilot plant.

Based on the samples collected on Olovo site in July 2019 with the support of the Geomet operators during commissioning and performance test works, the objective of the work undertaken by Imperial College and BRGM is to build a mineral processing simulator with the software USIM-PAC®. Such a simulator relies on a flowsheet design describing the considered processing scenario, and on a mineralogical phase model describing the cerussite (PbCO3) ore with its particle size distribution (PSD), the density distribution and the mineral composition of the particles.

First, the reconciliation of experimental data through mass balances using dedicated USIM-PAC® algorithms for solids and water is mandatory ahead of building the simulator itself. Such an approach provides data that are consistent from the mass conservation perspective.

Then, and on the basis of this consistent set of data, the steady-state simulator is to be built by setting and adjusting parameters for each mathematical model that describes the behaviour of each piece of equipment according to their performance during deployment at the Olovo mine site. The containerized equipment includes, among others: a crusher, vibrating screens, and gravity separation units including spirals and a shaking table.

The ultimate goal of the mineral processing simulator is twofold:

This project has been carried out within the Metnet network. This network consists of several pilot plants in Europe, covering many different aspects of mineral processing, metallurgy and production of metals. Through Metnet the customers have access to a network of knowledge that can work cross-sectorial and innovatively by combining the expertise of all members. You can find more about the METNET network here.